Credited with bringing musicals to the masses and is affectionately known as 'the working man's Andrew Lloyd Webber'. David King is a multi award-winning and internationally acclaimed theatre producer. He owns his own theatre in America, and has an honorary doctorate from Middlesex University in London for services to the performing arts. David has hit shows all over the world, and as executive producer of Spirit Productions, he is one of  largest employers in show business today with over 500 performers on his books.

Things hadn't always been good for David.   He sought for more than 20 years to break into producing,  but he was consistently turned down.  Wherever he went, the answer was  no.

Any other person may have given up, but David's determination and belief in his talent eventually paid off.  After being turned down everywhere,  in 1996,  David wrote and created his first hit musical , the Irish dance show "Spirit Of The Dance".  The show cashed in on the huge success of Riverdance, and Michael Flatley, and it took Irish dance  round the world.

It went on to become one of the biggest dance shows in the world, with several troupes performing the international hit  in several different countries on the same night,  playing to over 20 million people worldwide.  After 20 years of struggling, and rejection, David King eventually became an "overnight sensation" with a massive hit on his hands.

David then built up his repertoire of shows to capitalise on the success of his Irish Dance show.  His talent and flair contributed towards him creating  one of the biggest portfolios of shows in the entertainment industry, anywhere in the world.   David became the preferred producer to Casinos worldwide, including residencies in Las Vegas, Reno, Atlantic City, Niagara Falls Canada, Monte Carlo, and more.  For details of all David's shows, go to www.spiritshows.com

David remains a hands-on executive producer .  He  creates and produces all the shows in his portfolio of over 25 smash hit productions.

In the last few years,  his shows have played in China, New Zealand, Australia , Manila , Japan, Dubai , Singapore, Israel , Romania , Holland , Belgium, Germany, Russia, Monte Carlo, Canada , USA,  and the U.K.   He  is the first producer from the Western world to have three consecutive tours in China, playing to over a million people.

David owns The 1600 seat Kings Castle Theatre in Branson, Missouri, USA where five of his shows play throughout the year.  The theatre was built by a recording star of the 60's , pop idol Bobby Vinton,  who perfumed at the theatre for many years.  When it became time for Bobby to go on his national tours,  Bobby asked David if he wanted to buy the theatre.  David said yes, the deal was done, and now 15 years later, The Kings Castle theatre is recognised at one of  Bransons leading venues.    See more about the theatre  at www.kingscastletheatre.com       David's  Christmas show is famous inBranson, and bus loads of people come from all over America to enjoy David's  "Christmas Wonderland", which has become Branson's legendary Christmas show.

Up to 10 different Versions of Christmas Wonderland appear in several locations, both in the USA and Worldwide during the Christmas period, including a very special Christmas residency at the Orbe Theatre in  Singapore. A version of the show, Christmas on Ice, appears at the major casino in Niagara Falls, Canada.

Spirit Artists is David's international artist management agency, which supplies some of the biggest music acts in the world to corporate events and private clients. He has worked with Sir Elton John, Rod Stewart, Andre Bocelli, Liza Minnelli and Lionel Ritchie, to name but a few.

David  starred in a record breaking episode of T.V.'s "Secret Millionaire" , and also made a six part documentary series for Discovery Television, titled "Dancing King" , which followed David as he created and built a new show celebrating the music of Michael Jackson, titled "Man in the Mirror" .  Check out this website for further information, and highlights of both shows. 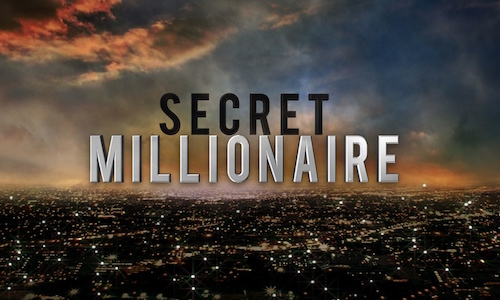 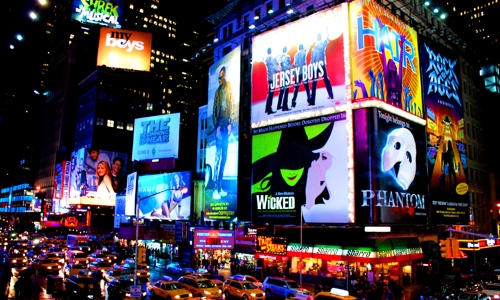 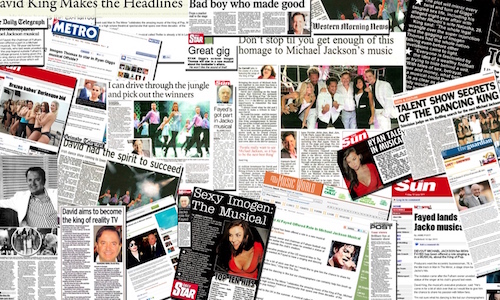 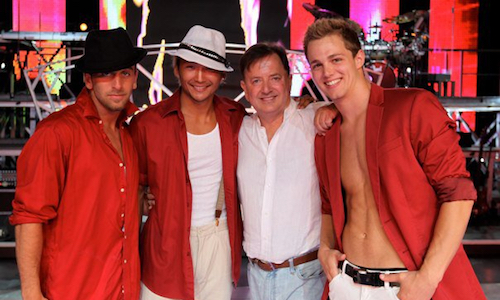